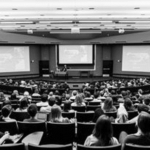 Following the previous issues, through which all the pillars of sustainable development have been analyzed, in the 4th issue, further emphasis will be given to the social pillar. More specifically, the following objectives will be highlighted: Gender Equality [SDG 5], Reduced Inequalities [SDG 10], and Peace, Justice, and Strong Institutions [SDG 16]. The objective “Gender Equality” will be analyzed through the individual indicator, which highlights the proportion of women on the Boards of Directors of Listed Companies, then the objective “Reduced Inequalities” will be analyzed through the individual indicator “Income Share of the bottom 40% of the population” and, finally, the objective “Peace, Justice, and Strong Institutions” will be analyzed through the indicator “general government total expenditure on law courts”.

In the European Union, the proportion of women who held positions on the Boards of Directors of Listed Companies for 2020 was recorded at 29.5% and ranged from 8.8% in Estonia to 45.1% in France. Greece recorded 13% in this index for the same year, i.e. the 6th lowest percentage compared to the rest of the EU Member States. Notable progress in this index was made by Slovakia, which during the period 2015 to 2020 showed an increase of 147.25%, from 12.7% to 31.4%, ranking 10th in terms of the highest percentage of women’s participation in the Boards of Listed Companies, from the 20th position it held in 2015 in the corresponding ranking. In contrast, Hungary in this index between the same period showed a decrease of 44.38% and in 2020 was ranked 25th from 16th in 2015 in the corresponding ranking.

With regard to the individual indicator describing the growth rate of household expenditure or income per capita of the minimum 40% of the population, in 2019 the EU recorded a rate of 21.4%, with the lowest rate recorded in Bulgaria [16.4%] and the highest in Slovakia [25.1%]. Greece in this indicator was ranked 18th in terms of expenditure growth rate and income of the minimum 40% of the population among the other EU Member States with a rate of 20.7% for the same year, having recorded the highest growth rate since 2015 [10.7%]. In contrast, Luxembourg recorded the largest decrease in this indicator since 2015, recording a negative growth rate [-8.93%]. Finally, the states Romania, Greece, Cyprus, Portugal, and the EU as a whole recorded an average small increase of 6.54%.

As for the indicator concerning the total government expenditures for the financing of the judicial sector for 2019, the EU In total spent about 45 billion euros, with an increase of 14% since 2015. Greece’s expenditure on this funding accounted for 2019 at 1.49% of total EU expenditure. Cyprus, although it spent the least amount, for the same year, in the judicial sector in relation to the EU. recorded a significant increase since 2015 [36.36%].

In conclusion, Greece in the 3 sustainable development goals that address the social pillar recorded a significant deviation from the European Union as a whole, not recording a significant increase in the above indicators, which makes clear the space for further progress. In the next issue, which will be published on March 10, the economic pillar will be further analyzed with emphasis on Objective 8 “Decent Work and Economic Growth”.