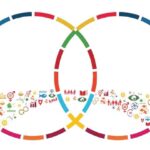 The key topics of the “Sustainability Literacy and Perspectives II: The Emerging Role of SDGs in the Greek educational system and everyday Life” are: the role of Universities in promoting and informing on sustainable development [Goal 4: Quality Education], the level that sustainability affects consumer behavior [Goal 12: Responsible Consumption and Production] as well as the evolution of the sustainability perspectives. All 17 questions, both the knowledge and the more general ones, were focused on Greece and the domestic developments. The questionnaire was answered digitally and anonymously.

From all the examined parameters, only gender seemed to impact the samples’ perspectives on sustainability as well as how it is intercepted. A general cognitive deficiency was observed, as far as the knowledge questions are concerned, on contemporary socio-economic issues, such as the percentage of women that held senior managerial positions in Greece in 2019, and the ranking of Greece in the European Union on average greenhouse emissions per inhabitant.

Additionally, a significant mismatch was recognized concerning the inefficiency of Universities in informing and promoting sustainability and the extent that the sample believed that they should be informed and promoted.

Moreover, the active engagement of a firm with the Sustainable Development Goals was observed to positively affect the samples’ consumer behavior. Also, a strong preference for prioritizing the environmental pillar was noticed. Finally, for a second consecutive year, Goal 8: Decent Work and Economic Growth was considered the most pivotal for contemporary Greece among all the 17 Sustainable Development Goals.